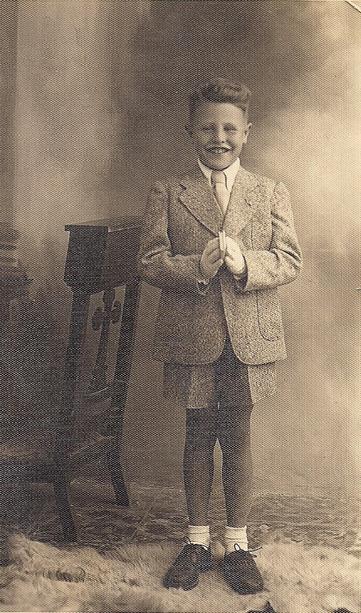 Dad for his first holy communion 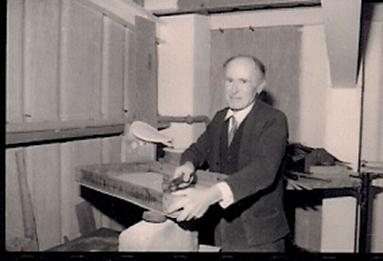 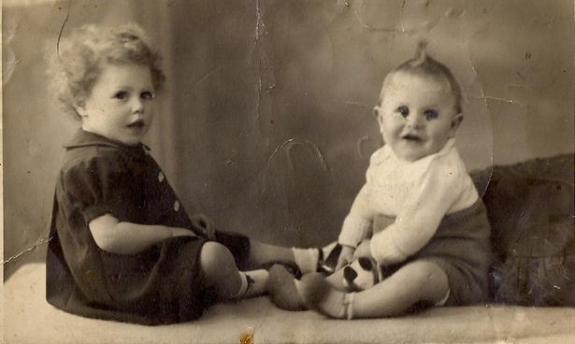 My father and his sister Marion

It is hardest, I think, to understand the way that feelings sit in your memory. If you take a walk you will not always remember that walk. But you will always know at some level that you have walked that space. So we share that memory. We have walked with our mothers but do not remember every walk. Our relationship is made of the sum total of those walks so like a symphony our memory is not the individual notes because we cannot hear the individual notes without hearing everything else we are left with the impression of the notes together so our memory is the impression of individual moment linked together by how we feel about them.

Though my father could be an aggressive and loud man at the bakery, he was also, like his skin, a mass of softness and scars. To an extent he replaced the difficulty he had expressing feelings with an over sentimentalism. He was not good at everyday expression but could be brought to tears by momentary realisations. This would often be simply seeing one of us in the bake house and this inspiring a few verses of “There goes my reason for living”. Sometimes it was more serious. There was a hard looking person who worked in the bakery on and off for a while. He was ex-army, with tattoos and square head with black hair. He was always very nice to me and I liked him. He was arrested for child molestation. I remember him in the bakery at some point, I cannot be sure whether it was before or after, saying, “It’s the beer that does it.” He may have been talking about something else. What I am sure about is the moment my father heard. We were working at Yeoman’s way bakery and he was by the knocking out table. Someone told him the news. Tears came into his eyes and he looked over at me, “To think he was here near my children”. And he walked off into his own office, obviously crying.

On that occasion the response was instant. Other times it was almost as though he had to work himself up to something. There is a sense in which his lack of a vocabulary for speaking about how he felt demanded a disproportionate response. It was like the songs he liked to sing and the movies he liked to watch, strong, intense, operatic feelings expressed in moments of crisis. Growing up in a family that did not express in words how they felt, he developed his own way of thinking and feeling and expressing those thoughts and feelings that were very different from his siblings. And he felt things- love for my mother most importantly, with striking intensity and consistency. The letters between them before they were married, when she was in Italy and he in England, are direct, open and beautiful. He was not yet writing only in capitals. My mum says, when we look at them together, “We must have been mad”. In fact, of course, in those letters they were saner than they had been or would ever be again.

After the romantics it has become a kind of fetish in our culture to be instrumental about love. In the same way that mental health and therapy have to be based on gradual exposure of a discovered self that is motivated by complex and “abnormal” urges, so we recoil from the simple and unrestrained expression of romantic love. In these letters my parents did not recoil from romantic love and I wish I had seen that side of my father. If only that language could have survived in their relationship and our home. But, in terms of words anyway, it did not.